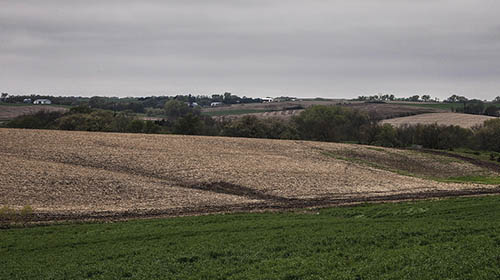 The Úhlava o.p.s public body act for the regional development in the south-western part of Bohemia. It is a small enterprise area, with active and organized primary producers. The point of strength and the problems rely intrinsically on the small entity of the actors.

It is mostly a rolling countryside located at the foothills of the Sumava Mountains, the average yearly temperatures range from 8,0 °C in the lower areas to 5,5 ÷ 6,0 °C in the mountainous parts, average yearly precipitation range from 450 to 700 mm. The usual arable crops grown are cereals, rape, potato, maize for silage and fodder, clover. Grazing is becoming more popular than dairy farming. The area lacks from top transportation connection(no highways or motorways), mostly medium-sized or small businesses are present, the unemployment rate on average is very low, approx.. 3 %, skilled workforce is missing or leaving to better-paid regions(Germany, municipal areas of Pilsen or Prague). The municipalities are small (mostly up to 199/499 inhabitants). Some municipalities are getting deserted and inhabited only by holidaymakers.

Living Lab in agro-tourism and selling of niche products from the farm. LAG Posumavi area is a small enterprise area, with active and organized primary producers. The point of strength and the problems rely intrinsically on the small entity of the actors and the small number of co-operating entities. A suitable methodology and comparing and using good practices will be a good point to develop.

The permanently growing bureaucratic demand for paperwork prevents some of the small businesses in planning their future growth, improvement and innovation and they rather keep on survival patterns and strategies. Good practices and a hand to find a suitable approach to further development, improvement and sustainability, including partnership and creating local strategies for such small businesses will become a powerful tool to support them in positive business planning and willingness to promotion and co-operation.

The LIVERUR project identifies innovative business models within the newly developed Circular Rural Living Labs, and will conduct socio-economic-technology analyzes to identify, describe and compare the differences between the new approach of Living Lab and more entrepreneurial traditional approaches.

The LIVERUR project involves more than 20 European partners from peripheral areas in which the development of the rural economy is vital for their survival. Although LIVERUR is focused on Europe, one of the partners is located in Tunisia, which provides a greater internationalization to the project.